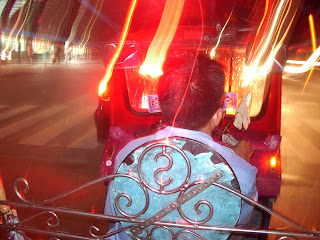 Yes, I've been to Thailand twice. The first time was to see Thailand itself (Bangkok, Koh Tao) in 2004, the second time was as a jumping point for Cambodia in 2005 (but went to Ayuthaya). Getting off the airplane and walking out of the airport was pretty straight forward, I'd been warned about the taxis and people dressed really well who try to sell you a ride into town for 800 baht. I'd been told that there is a surcharge at night so don't fly off the handle if it costs more than what your buddy paid who arrived in the morning.

Bangkok is a fun city and the local people are quite friendly and helpful. I guess I was in mostly tourist areas so they were used to pointing dazed and confused travelers in the right direction... Tuktuk drivers are a whole other story... I don't know if this very tall buddha statue is famous or not but it was "included" on one of our sight-seeing/shopping tours we got talked into. In the end, you do end up paying like 15 baht to get to your destination but you've spent about an hour pretending to be interested in fake gems. 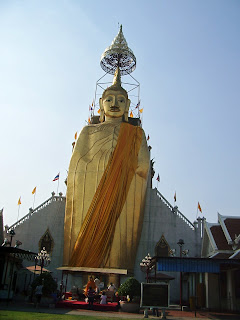 Anyway, 2004 as you may remember was the year Southern Thailand (as well as many other regions) suffered from the Indian Ocean Sumatra Earthquake. And yes, I was there while it was happening. I believe at the exact time the tsunami hit Koh Phiphi (I'm using KP as an example b/c that's the island that I saw on the news the most) we were sitting in a broken down bus on a highway somewhere between Bangkok and the port. It was a "rockstar" style bus that had a front room with a big table and seats that went all around. We were one of the last people on the bus but we somehow got seated in there (unless no one wanted to sit in there?). It was a looong night listening to these German girls flirt with these Israeli guys and just when we thought the brunette was going to seal the deal, it was the redhead who swooped in at the last minute. Drama.

The next morning, we arrived at the port to board our boat only, wait a minute, the boat was for Koh Panang (of the [in]famous full-moon parties) and everyone on the bus was headed there except for me and my friend "M". Our boat to Koh Tao would not come until night-time and it would be an over-night boat! Argh!

The travel agent at the port area (I don't know how they work the system there. You pay one agent, get a slip of paper, and everyone on the other end knows exactly who you are and where you're going!) suggested we go shopping. Ummm... this port area was no Bangkok. A lot of open-air shops selling used shoes, furniture, clothing - not your typical tourist stuff. I believe what happened next was M demanded that the travel agent guy drive us somewhere. Our next move is something we should not have done, nor should ever do again but we got into said travel agent's car with his friend who was Snoop Dogg's Thai twin and his rooster (I'm not kidding). We got dropped off in "town", caught a "bus" (a big tuktuk with benches) and asked the driver to take us to a hotel with a pool. 2 baht later, were were there and were pleased to find they also had a massage place! My first Thai massage... M and I were led to a dark room with foam mattresses and a TV. We watched the news coverage of the tsunami in Thai, therefore had no idea where this tsunami even happened!

After our massage and hotel pool swim, we walked around the port area for a LONG time. We had dinner at Thai's version of pizza hut (Tom Yum Pizza for me!) and after arguing with our travel agent that we shouldn't have to pay for the overnight boat and winning, we boarded this beauty: (The bathroom was surprisingly clean! It even smelled fresh when I used it in the morning! Hmmm!) 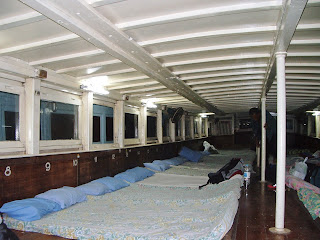 I woke up in the morning covered in mosquito bites and realized that we had been sharing the boat with our lunch and dinner for the next few days... There were pigs in cages on the boats! We had to step on the cages to get off the boats but the pigs were drugged or asleep.

As with so many other popular destinations, we were swarmed by tuktuk/taxi/motorcycle drivers but once they saw where we were going, they shooed us away. Huh? What our travel agent failed to tell us (and we didn't research) was that our beach hut required a 4-wheel drive to get to! I couldn't believe my eyes at the road. I don't think people could even walk that! It was like there were chunks of road missing and then random boulders here and there. Fortunately it was the dry season otherwise we would have been in a mudslide! 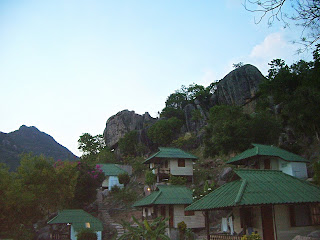 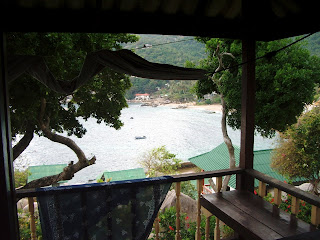 What seemed like hours later, we got to our destination, settled in, and headed off to the beach. It was deserted! The next few days were spent snorkelling and relaxing. On our last day, I decided to check my e-mail and that was when I realized just how big of an earthquake and tsunami had hit. My inbox was crammed with emails from friends, family and my manager wondering if I was OK and to e-mail them ASAP. My sister had even reported us missing to the Canadian Embassy in Thailand b/c she hadn't heard anything from us. Wow!

Well, after that, it was back to Bangkok for New Year's which was toned down because of the tragedy. My first trip to Southeast Asia was pretty memorable.
Stuff I liked about Thailand: 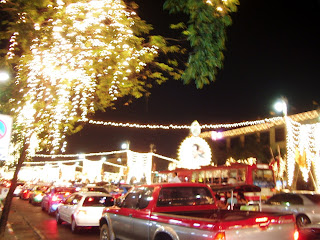 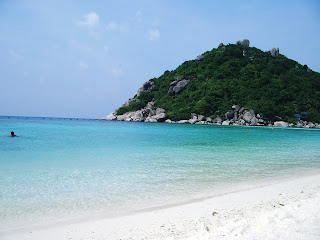 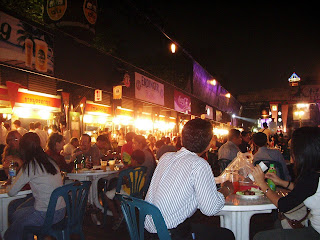 Night Market!!! Daily life along the Chao Praya (That's a
guy selling noodles off his boat.) 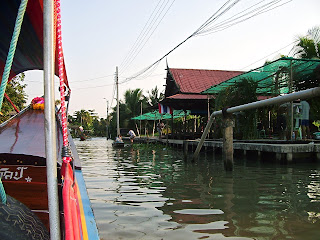 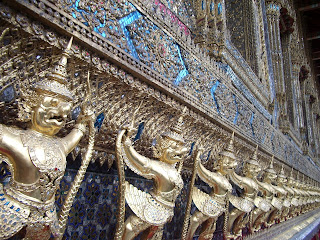 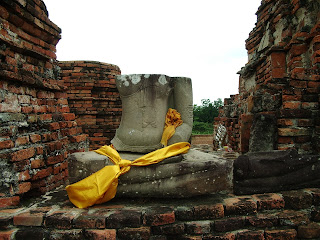 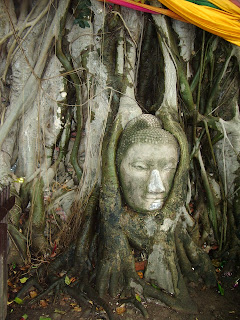