Saipan with a new man

So, you're in a new relationship and for whatever reason, the need for a trip comes up. It might be to visit friends/family, or just a vacation. In my case, this was a vacation we ended up taking after our original plans were just too complicated.

My then boyfriend (and now husband) and I really like this Japanese liquour called "shochu" that has been called Japanese vodka by some. It can be made from wheat, rice, potatoes, and some other random things like buckwheat, sesame, and shiso leaf. We had been talking about going to a place in the south of Japan (Kagoshima) where a lot of this stuff is produced, and the really good stuff can only be bought locally, not say, at some store in Tokyo.

So, I went to a local travel agency and looked at a few flyers for trips we could take and came across Saipan. Sunny, warm, tropical and lots of American stuff we totally missed! I think the price was decent, too!

So suddenly our on-the-go trip had turned into a romantic tropical mini-vacation. Our first trip as a couple... 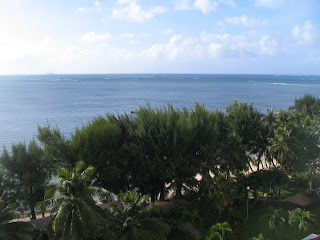 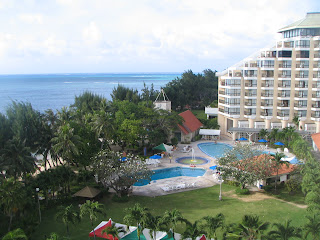 View from our room...

We did an excursion out to the area called "the forbidden island" or somethign like that. There was this cave-like thing with water in it that we got to swim in :) 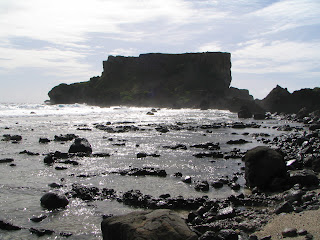 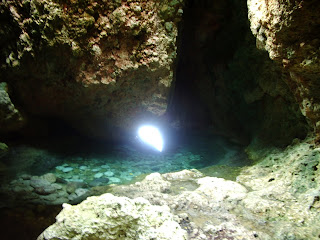 We sample fresh-off the tree coconut juice and sashimi, and then we went snorkelling and had this whole area to ourselves: 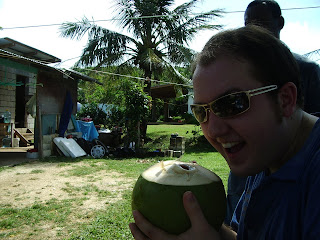 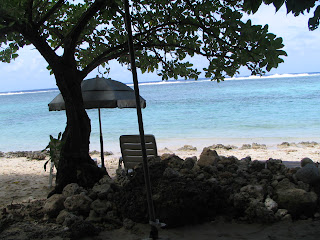 We even took a booze cruise with some "local entertainment" who spoke about 5 different languages :) Nothing says good times like a round of Y-M-C-A!! 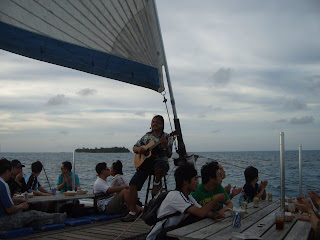 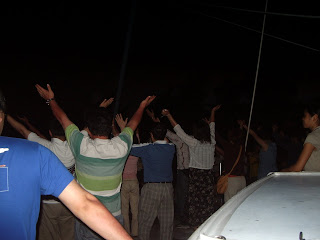 We ate too much at Tony Romas, watched old episodes of "Monk" and basically had a blast. This trip definitely brought us closer together and made us realise how much we love travelling with each other (cue sap!)
Posted by Chikarakobu at 8:51 PM