The Wines of King County

Who knew? Wineries (or satellite wine shops, I believe they're called) just a few minutes drive outside of Seattle! 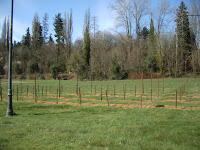 The husband and I were hosting from out-of-town friends who somehow brought sun-filled, warm days with them from Minnesota (love them!) and we somehow ended up going wine tasting. It wasn't necessarily planned but somehow, someone threw out the idea, the husband googled, and on a Monday morning, we were bound for Woodinville to visit some well-known wineries, and some less-known (well, at least to us.) 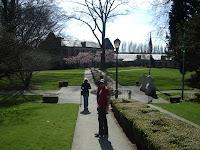 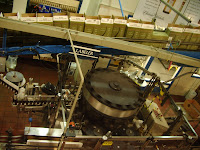 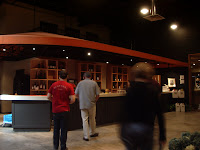 For our first stop, we chose Chateau Ste Michelle. We've had quite a few of their wines before and liked their Indian Wells labels quite a bit. The grounds are well-manicured and the gift-shop was really nice, too. I don't want to give away too much about the tour other than to say it's free and you get a free tasting at the end. You can pay a bit more to taste their Indian Wells label but considering you can buy these labels at Safeway (and sometimes they're on sale), this didn't seem worth it. To taste their vintage reserve wines, you have to make an appointment. Overall, I liked the CSM tour and the Chateau provides a really nice "vineyard" atmosphere. There are picnic tables on the grounds, too! We bought some BBQ at a restaurant nearby and had our own little picnic there.

Next, we went across the street to Columbia Valley Winery. It was under construction 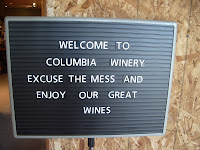 so the ambiance was lacking. The woman at the counter was really helpful and friendly. Actually, everyone was very cheerful and welcoming. It created a comfortable, un-intimidating atmosphere for asking questions. They didn't have a "tour" per se but you could pay something like $5 for a few different wines. I don't think the hubs was very impressed with any of them but just a matter of taste. 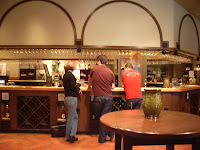 We got in the car (after drinking lots of water, eating , and releasing fluids :) and drove around the corner to Januik Winery / Novelty Hill Winery. The building is very lofty with high ceilings and big windows, that kind of thing. Again, the woman at the counter gave us some great recommendations for the wines, and some of the other wineries in the area. 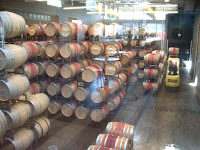 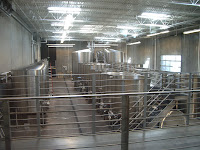 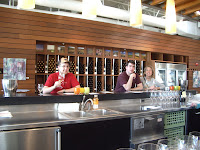 "Big, chewy reds" is how the woman at Januik/Novelty described Matthews Estate. The "Estate" looked like a temporary construction office. Inside, there are some handsome bottles of reds nestled in cool wooden boxes. The reds were definitely big and chewy. Hubs was very impressed and bought a bottle of claret. No pic of Matthews Estate wine shop because the shop itself was really not very impressive.

Next off, another recommendation by the "big, chewy reds" woman was Brian Carter Cellars. Again, the woman there was super-friendly. At this point, I think I was just plain"happy" and not really paying attention to the wine. 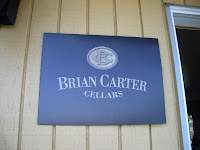 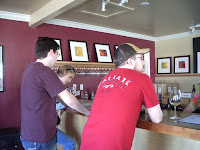 Final stop, as per the recommendation of the Brian Carter, was Bookwalter Winery. It looked like a car garage (in a cool way) and was decorated nicely. I was still quite "happy" from all the tastings to pay attention to the wine. We did buy one bottle wine but I think the cork was contaminated.

Outside the wineshop (used to be an annex to an old schoolhouse?) Note the car-garage like doors as we conferred about the wines... 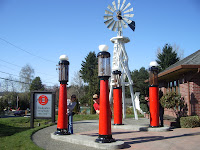 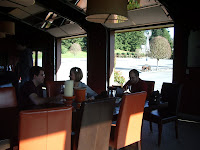 All in all, it was a summer-like day in early April. With our good friends, we spent the day laughing, chatting and relaxing. I had to say goodbye to our friends the next day. It was the perfect way to end a fun week with them.
Posted by Chikarakobu at 7:55 PM